Think The Opioid Problem Won't Affect You? It Already Has

People are dying faster and in greater numbers than ever before. Opioid Problem- think it won’t affect you? It already has.

It is important that we don’t get used to the numbers. 2016 saw more deaths from drug overdose than those from gun violence or HIV, in large part due to escalating opioid abuse in the United States. The data reveals a staggering number of deaths of people from all parts of society, millions more directly impacted by the ravages of addiction, and countless others indirectly affected by growing societal implications. If you think your family, your employees, your business, or at the very least your taxes are not in on this, you are badly mistaken.
The opioid problem affects us all. 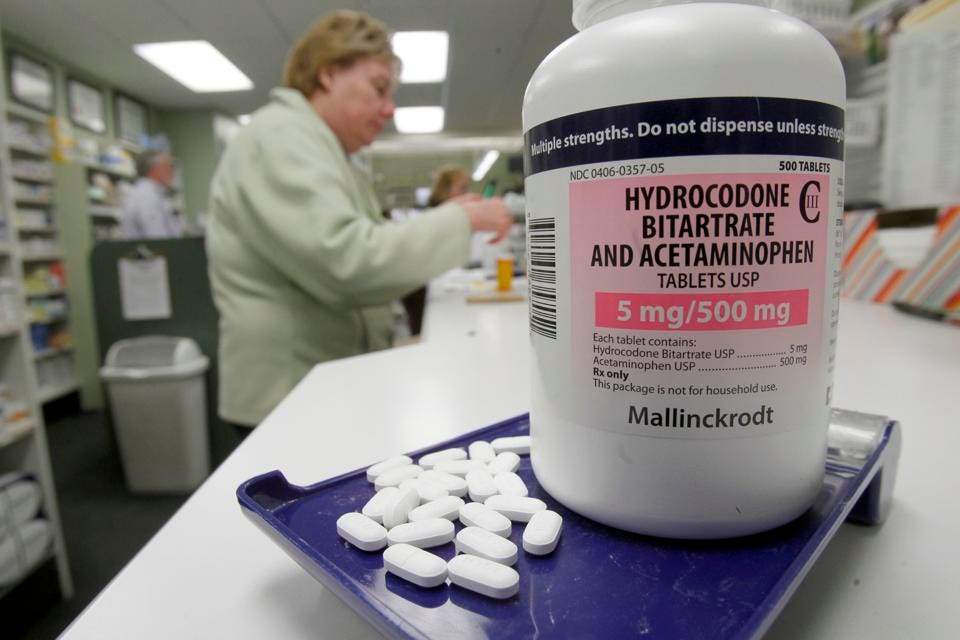 This Tuesday, Feb. 19, 2013 file photo shows hydrocodone pills, also known as Vicodin, arranged for a photo at a pharmacy in Montpelier, Vt. Leftover opioids are a common dilemma for surgery patients; a study published Wednesday, Aug. 2, 2017, suggests that after several common operations most don’t use all their pills and many store the remainders unsafely at home.

This epidemic has gained a higher profile partly due to the direct connection between the marked increase in opioid prescriptions in the US and the marked increase in the number of deaths. The US uses 40% more opioids per person than Canada and twice as many as the average across Europe. We ask for more and are given way too much. Additionally, our broad political rally cry to “be tough on crime” has been ineffective for decades on drug users.
So what can you do besides cringe and hope that the problem won’t affect you or a loved one? It is time to make a new plan that focuses on actions individuals, business leaders, and communities can take to move from hand-wringing to proactively addressing this expanding plague.
This is not to imply no one has started. The military recognized the problem years ago and has come out with significant efforts to turn the tide. Similarly, Aspen Health Strategy Group—a group of 26 senior leaders in healthcare, business, technology, academia and the media—has worked with experts in the field to put together an initial outline for confronting the problem.

To be successful, these approaches will take courage, discipline, and durability: courage to launch into an area in which many people are uncomfortable; discipline to commit to activities that may not be consistent with conventional wisdom, but have been proven most effective; and durability to apply these measures across the broad geography and demographics of inner-city, suburban and rural environments.
The first step we as a society must take is to work for expanded treatment through insurance. The current system often pays little value to prevention or the treatment of addiction issues. Our role is to press our elected officials for this type of coverage at times of negotiations, make sure they support these efforts, and ensure they are not lost in short-term election focused budget creation.
We must treat opioid addiction as a public health crisis, not as a crime or moral failing. Research shows that the craving following an opioid or methamphetamine hit is eight to ten times stronger and the best meal, the best sex, or the best adventure you have ever had. Chronic exposure changes how the brain is wired and how the brain’s chemistry works. We cannot jail our way out of this problem.
We must loudly support efforts to decrease the over-prescribing of opioid pain relievers, especially those for chronic pain. This has already started to change, but we need to further monitor doctors prescribing patterns, educate patients to ask for less, and pharmacist to dispense less.
As family members, educators, and business leaders we need to promote the safer, more disciplined—though occasionally more complicated—approaches to non-opioid pain management, such as exercise, physical therapy, yoga, and social and support groups. Residual unused medications must be disposed of in a timelier fashion by utilizing the rising number of secure receptacles.

Finally, we must immediately stop the preventable deaths from heroin, fentanyl, or prescription opioids by broad training, availability, and use of the opiate drug reversal agent, naloxone.
These few suggested actions serve to show that you do not need to be a legislator, physician, addiction specialist, or social worker to have a major impact in this epidemic. To refuse to get involved will only increase the threat to all of our communities. Every one of us is affected and every one of us has an opportunity to act.

Do You Live Your Core Values When It Matters Most?